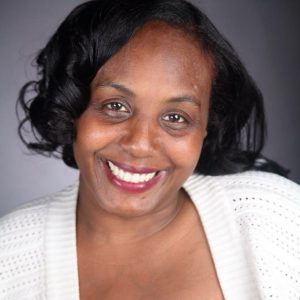 Engracia Figueroa is a Bay Area Native. She was born in San Leandro and grew up in East Oakland and the youngest of six siblings. She’s worked in the insurance industry since high school until she acquired her disability in a sudden accident at the age of 22. Learning to adjust to the newness of being a disabled woman became her new normal in life. Being a first generation Californian as her parents both come from other states and territories (New Orleans and Puerto Rico) during the civil rights era later came into focus as she learned that the fight for advocacy was insurmountable and necessary.

She’s actively pursuing her acting dreams along with animal rights and food justice for all beings but her own personal life has been the catalyst of disability community involvement and advocacy.

She’s a Bay Area sports fan (A’s, Giants and Raiders), loves to surf, shop, go to restaurants, everything related to the Arts, travel and cooking vegan food and trying to ‘veganize’ recipes.